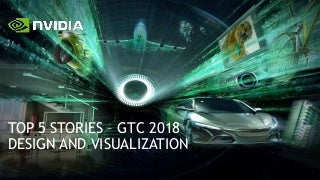 Jeff Glor: What inspired you to write the book?

Leigh Montville: I was casting about for a new project, for some iconic figure to write about, when Evel Knievel died in TK. As a child-prodigy sportswriter for the Boston Globe back in 1974, I covered the fabled Snake River Canyon Jump/Fiasco. That was a fascinating experience because I was young guy and because it was far different from the 10 billion more normal sports events I have covered since. Bing! I suggested a bio of Mr. Knievel. Bing! The publishers said 'yes' immediately, which is a rarity. It all seemed natural, easy, obvious. Fun.

JG: What surprised you most during the writing process?

LM: Evel Knievel was not a great motorcycle rider! He was fearless, for sure, but he wasn't a great rider. Other riders told me this again and again, 33카지노 psssst, off to the side. He was too big at 6-feet-1, maybe 185 pounds to be great at motocross and, while he rode a lot when he was young, as soon as he went into the daredevil business he started getting hurt and pretty much saved his motorcycle riding for shows. He also never worked out the geometry, the physics of what he did. He simply jumped onto the bike, rode by feel, trying to gauge the proper speed to clear the designated path of cars, trucks or fountains at Caesars Palace. A bunch of times, he gauged wrong.

>JG: What would you be doing if you weren't a writer?

>LM: It probably wouldn't be pretty, whatever it might be. I've been typing words for a living for my entire adult life. I truly had no back-up plan when I went through college. I'd been a writer in my head, true fact, since fifth grade. I majored in English and treated a liberal arts education the same way the business majors treated economics. I was getting ready for my chosen field.

>LM: I'm 67 years old and have been promising all my life that I would take a good whack at fiction. Might be time to do it, huh? Then again, some biography project, some interesting non-fiction possibility might come along and off I go again. It's not a bad option at all. I like doing what I do. Keeps me off the streets.