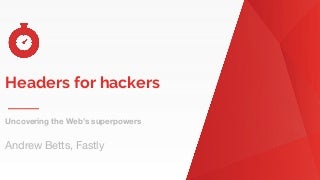 (AP) ATHENS, Greece - A senior judge was sworn in Wednesday to head Greece's caretaker government for a month as the debt-crippled country lurches through a political crisis that threatens its membership in the 17-nation eurozone.

The political uncertainty is worrying Greece's international creditors as well as Greeks themselves, who have withdrawn hundreds of millions of euros from banks since the May 6 election.

Council of State head Panagiotis Pikrammenos, 67, was appointed earlier Wednesday to head a government that will lack the mandate to make any binding commitments until a new election, which is expected June 17.

About euro700 million ($898 million) in deposits have left Greek banks since May 7, the day after the election, President Karolos Papoulias told party leaders after being briefed by central bank governor George Provopoulos.

"The situation in the banks is very difficult," Papoulias said according to a transcript of the meeting's minutes released Tuesday night. "Mr. Provopoulos told me that of course there is no panic, but there is great fear which could turn into panic."

There were no queues at banks in Athens after the May 6 election, but Greeks have been gradually withdrawing their savings over the past two years as the country's financial crisis deepened, either sending the money abroad or keeping it in their homes.

A Greek banking official, who spoke on customary condition of anonymity, said the situation with deposit outflows was "calmer" on Wednesday.

"I would expect the population to quietly be doing what it has been doing in the last days," said Theodore Krintas, managing director of Attica Wealth Management. "In other words, some of the Greek citizens are afraid and are taking a portion of the money, but I'm not expecting a bank run."

Despite the country's financial situation, households and businesses still had euro165 billion deposited in local banks in March, the last month for which Bank of Greece figures are available, compared to about euro237 billion before the crisis broke in late 2009.

The May 6 election saw a massive rise in popularity for parties that advocate pulling out of Greece's commitments to its international bailout deal, under which it agreed to strict austerity measures in return for billions of euros in rescue loans. The spending cuts and tax hikes have left the country mired in the fifth year of a deep recession and sent unemployment soaring to above 21 percent, and many argue the country cannot hope for recovery if they stick to the deal.

"I want to believe that next time the people will express their opposition to the bailout agreement even more adamantly so that a strong government will be formed without the current parties," civil servant Christina Papadopoulou said of the repeat ballot.

Negotiations to agree on a coalition government collapsed Tuesday, nine days after voters furious with the handling of the country's financial crisis deserted the two formerly dominant parties in favor of smaller anti-bailout groups. The election left no party with enough votes for a majority in parliament.

"In a democracy, new elections are the natural consequence of the impossibility of forming a government following an election. It will now be for the Greek people to take a fully informed decision on the alternatives, having in mind that this will be indeed an historic election," said European Commission President Jose Manuel Barroso.

"We will of course respect the democratic decision of the Greek people," he added. "At the same time, Greek citizens should be aware that there are 16 other democracies in the euro area."

Greece is being kept afloat by bailout loans from other eurozone countries and the International Monetary Fund, and losing them would lead to state coffers running out of money, including for pensions, health care and 바둑이게임 salaries. It is unclear how the June election will affect the continued disbursement of the loan installments.

"The Greek people need to know what they are voting for," German Foreign Minister Guido Westerwelle said Wednesday. "Namely not about party politics but about the future of Greece in Europe and the euro. We hope and expect at the same time that all decisionmakers in Greece are now aware of their responsibility.

Chancellor Angela Merkel's spokesman, Steffen Seibert, said Germany's wish was that "a Greek government which is capable of acting emerges as soon as possible from these elections."

The spokesman would not comment on the bailout money due Greece at the end of June.

The instability has led to questions about Greece's prospects of remaining in the euro.

"If the country's budgetary commitments are not honored, there needs to be appropriate revisions, which means either supplementary financing and additional time, or mechanisms for an exit, which in this case must be orderly," IMF head Christine Lagarde said on France 24 television. Greece leaving the euro "is something that would be extremely expensive and would pose great risks, but it is part of the options that we must technically consider."

Greece now faces a month of inertia, with a government hamstrung by party leaders' insistence that it can take no binding decisions.

Alexis Tsipras, head of the Radical Left Coalition, or Syriza, which came a surprise second in the May 6 election after campaigning on an anti-bailout platform, said he had requested "that the caretaker government should not implement measures that would involve further cuts in salaries, pensions and public spending, that would dismantle labor relations or allow privatizations."

Tsipras said he also asked for a freeze on every ongoing sale of state property.

The Greek privatization fund later said it had already decided to delay until after the election any decisions on the country's key commitment to sell off some state assets. Under its international bailout agreements, Greece must raise euro19 billion ($24.2 billion) through privatizations by 2015 - and has so far raised about euro 1.5 billion.

Tsipras is the front runner for the next election. Recent opinion polls have shown him as likely to come first in the June vote, though with nowhere near enough votes to form a government on his own.

The two mainstream parties, conservative New Democracy and socialist PASOK, have warned that anti-bailout policies will lead Greece out of the euro.

"Two courses lie ahead of the Greek people: Either to change everything in Greece - with changes which can be carried out in a Europe that is also changing - or to experience the terror of an exit from the euro, the terror of isolation outside Europe and the collapse of all we have built so far," said New Democracy head Antonis Samaras.

A win by Tsipras would put him in a dominant position to make a coalition deal with other anti-bailout parties.

"This will make reaching an agreement between the next government and

Greece's international creditors extremely difficult, raising the risk of a Greek exit from the euro and sovereign debt default," said Robert O'Daly, Senior Economist at the Economist Intelligence Unit. "The consequences of this would be dire for Greece and probably the rest of the euro area."
TAG •
0